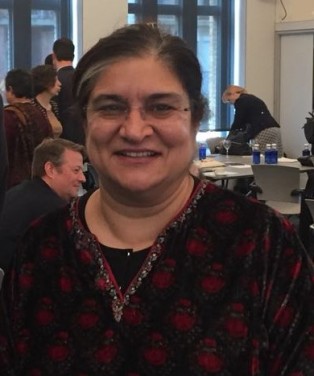 Puja Marwaha of CRY (Child Rights and You) was announced as the 5th winner of the Olga Alexeeva Memorial Prize at the WINGS International Meeting for Funders in Barcelona, 26–27 March.

Also nominated for the prize this year include:

All finalists were invited to attend the conference and participated in a panel about their work. The winner of the prize receives £5,000 to be used at their discretion. 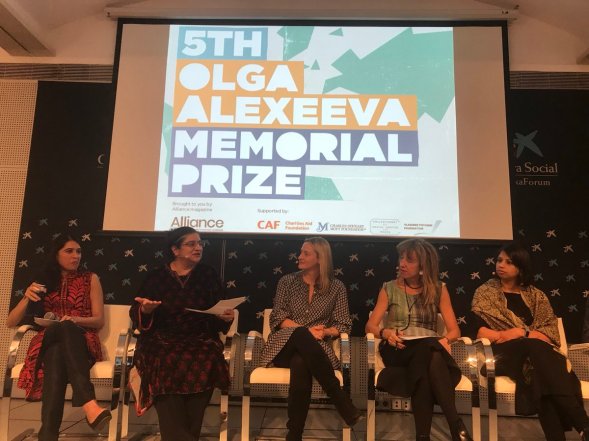 Background to the Prize

Olga Alexeeva made her name as a leader in her native Russia where she was an inspiration and engine behind many innovations in the emerging philanthropic sector, including development of community foundations, employee and online giving, growth of high-net worth philanthropic giving and corporate social responsibility.
Through all of its activities the Olga Alexeeva Memorial Prize aims to:

Puja Marwaha won for “illustrating some of the key elements critical for moving philanthropy. A driven leader who sets the tone and gives confidence that it is possible to mobilize resources…. Her local fundraising efforts not only bring resources to her work but also bring credibility to the local organizations working on the same issues with the added benefit of using indigenous resources.”

Over the last 38 years, CRY, the organisation that Puja leads, has been a pioneer in the area of public philanthropy in India, introducing the retail model of giving to the country through what were at the time innovative means such as selling greeting cards, direct mailing and the country’s first face-to-face marketing channel of giving.

WINGS had the opportunity to interview Puja at the Barcelona meeting:

1) What did it mean for you to receive the prize?

‘I was honored because the recognition for our type of community fundraising is hard to come by. I think just the opportunity to talk about this kind of sustainable fundraising, and to showcase its impact is important. To be able to say to the world, and show that ordinary people can give, “every drop matters, the ocean is because of these drops – for each person.” What I can do, I must do, and we really wanted to live that principle. For each person to say: what I can do, I must do’.

2) Reflections on the Olga Prize and Funders Meeting:

‘It [this meeting] made a lot of sense because I could see that the narratives around funding could be very small philanthropists concepts, that can change the conversation. To put the “small philanthropist” in the context of this large philanthropy where people talk about billions of dollars, can be very catalytic.

It helps make a point: this too is possible. What I love about the panel of the Olga Prize is this exciting new world of new ways to connect people to their causes and seeing how the digital world is making that easier. Each one had an idea about how you get people to participate’.

The previous prize winners are:

2016
The Fourth Olga Alexeeva Memorial Prize was awarded to Bhenkinkosi Moyo, executive director of the Southern Africa Trust and chair of the Africa Philanthropy Network.

2013
The First Olga Alexeeva Memorial Prize was awarded to Jane Weru and Kingsley Mucheke of the Akiba Mashinani Trust, Kenya.

Or
If you have linked your account to one of the following social networks, please click on the relevant icon to log in
Not a member yet?
Register